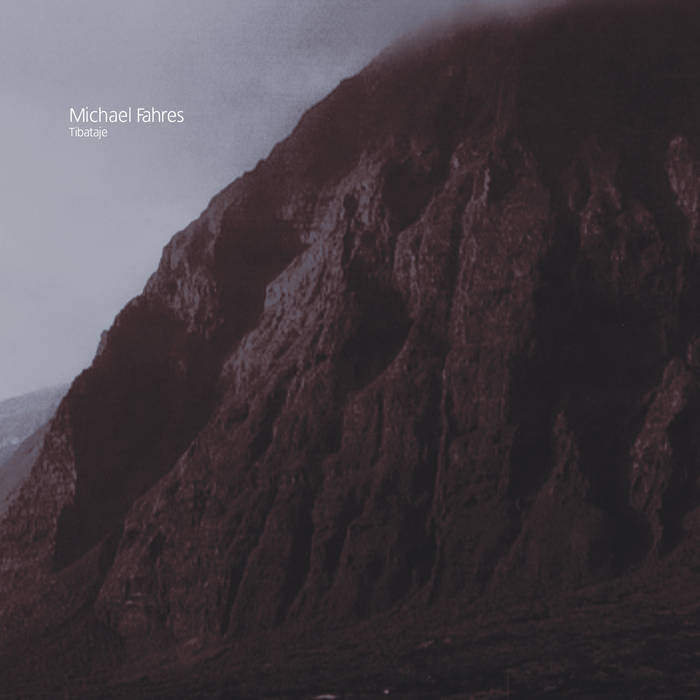 El Hierro is the Southwesternmost island of the Canary islands group. It used to be most known for the prime meridian. Nowadays it is noted to be the first European island to have become energy self-sufficient. In the west of the Island, partly surrounded by the rim of a crater, one finds the El Golfo bay. It is assumed that most of the crater has been swallowed by the ocean. Part of the leftover volcanic crater is called Risco de Tibataje, a jagged mountain massif about 1000 meters high and eight kilometers long. Here lives the Lagarto Gigante, a lizard that can grow to be 60 centimeters and that is under threat of extinction.

The mountain wall registers every sound and reproduces it with a certain echo. Moving sounds, such as cars passing by, a dog barking or the sound of a drum are quasi recorded and subsequently reverberated, depending on the nature of the sound. The Risco de Tibataje is in effect like an echo box with its own very specific resonance.

The "Tibataje" composition uses this feature. In front of the massif, three typical El Hierro drums made of wood and galvanized zinc and strung with goat leather were placed. The drums were then played at a certain distance from each other and from the mountain (80 meters), each drum having recording equipment close by. Next to that, there was equipment recording all sound as a whole. Starting every recording, two wooden blocks were hit, enabling synchronous play of the different recordings later on.

Center to the composition are rhythmic variations, used during a religious celebration taking place every four years, the "Bajada de la Virgen de los Reyes". These rhythms are only played during the Bajada and are protected. Out of respect for this tradition, the recorded rhythms are an interpretation of the original ones. Three drummers react to each other, their own echo and the echo of the other instrumentalists. The Tibataje resonates, answers and sings its own song. The composition tells the story of the landscape, like a sound polaroid, a sonic print of the surroundings.

"Tibataje" aims at aggrandizing, clarifying, changing and uncovering the specific characteristics of the mountain using music as its means. The creative process confronted with the laws of nature and their sensory expressions are the leitmotif of this piece.

We see a scene taken from the graphic novel "Waiting for an Island" by Marc Legendre, to which Fahres made the score.

Long ago the house where Adan Diss lived, stood for a bright future. But as time went by, it has fallen into a state of complete disrepair and symbolises Adan Diss’ state of mind.
After a long day waiting for his island to appear, Adan Diss goes home and returns to his nightmares.

In ‘Waiting for an Island’ Adan Diss, a loner, stands on the beach, waiting for San Borondón to appear.
He sees no future in the village where he was born and dreams himself a good life on the mythical island. Adan Diss is convinced that one day the island will show up and he ‘s ready to leave.
Alone, that is.
But he ‘s getting famous by standing daily on the beach and other people start sharing his dream. For the first time in his life, Adan Diss decides to take action.

The first mention of la Isla de San Brandán (Brendán, Barandán, etc.) was in the Latin text ‘Navigatio Sancti Brendani Abatis’ in the ninth century. The island is named after Saint Brendan who landed on it in 512 and appeared on numerous maps in Columbus’ time.
It was supposedly situated north west of El Hierro and leeward of La Palma.
Later on it disappeared from all maps, became a phantom island and was nicknamed la Isla Perdida (the Lost Island).

Singer:
Valentina la de Sabinosa and the falcon, the gecko, the goats, the flies, the crickets

“Una Hora” was produced in the framework of the "Islas Resonantes" project, commissioned by Septenio Canario
(Gobierno de Canarias).

Bandcamp Daily  your guide to the world of Bandcamp

Interviews With Butcher Brown and Slauson Malone, plus LP of the week by SAULT.