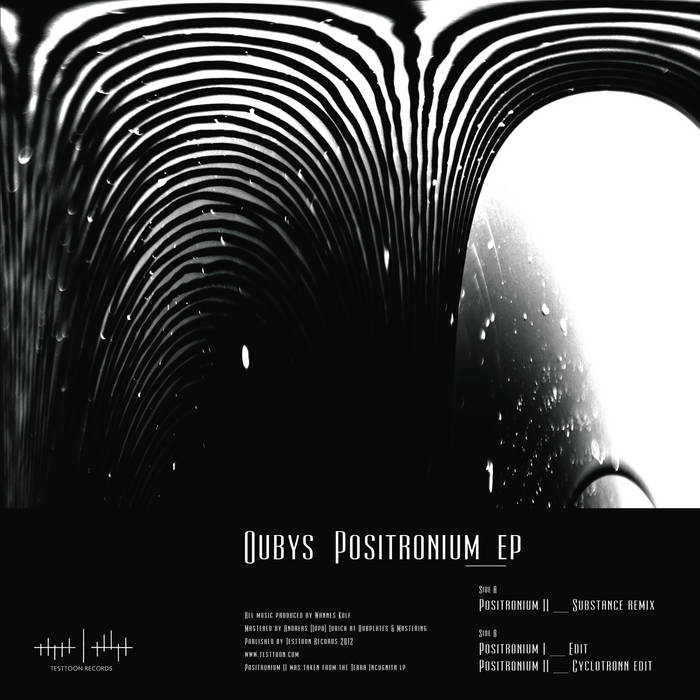 The Positronium EP is the second release by Oubys on Testtoon. The original Positronium II is an intense, almost psychedelic piece of electronic music, compatible even to dancefloors for DJ’s with open-minded ears and a taste for experiment. There was always a first part of the track that we did not include on the album, but which we always intended to release. So that’s why now, there’s the Positronium EP, featuring an incredible Substance remix on the A-side and an edit done by Oubys himself of Positronium II and the previously unreleased Positronium I on the B-side.

Bandcamp Daily  your guide to the world of Bandcamp